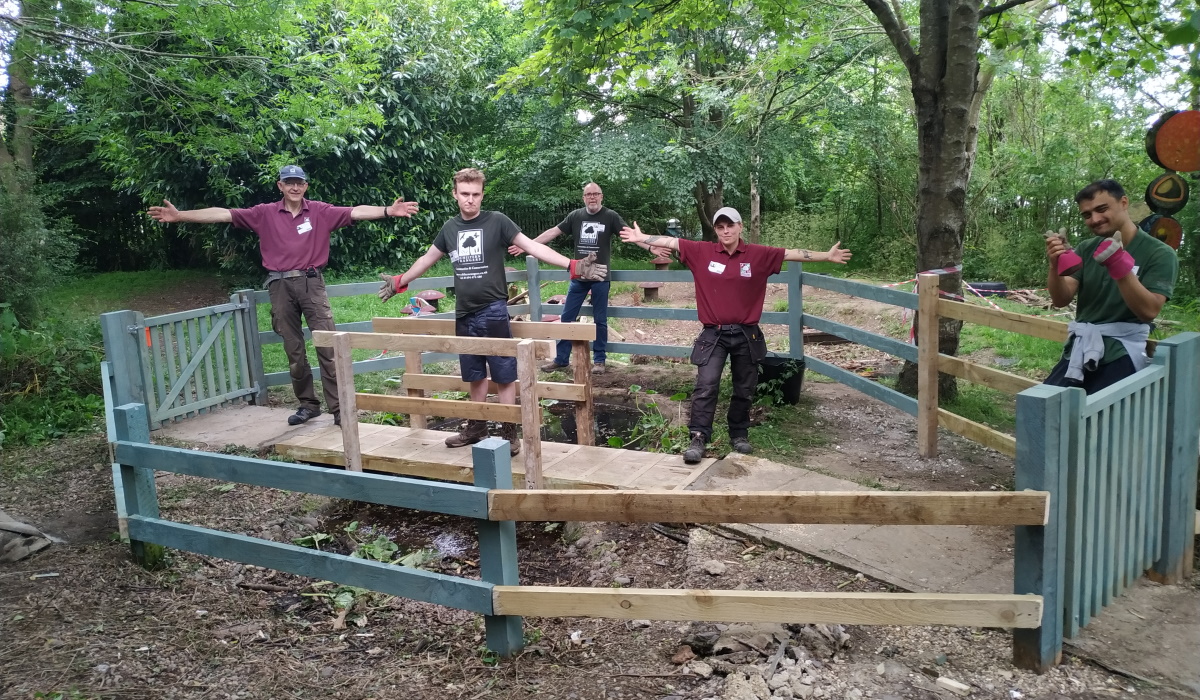 Thursday 10th  June 2021 saw Chiltern Rangers, the National Trust and Stony Dean School all partner together to get the hard graft of the fencing project done at The Disraeli School. The old fence came out with surprising ease, so we could get started straight away on installing the new fence posts and putting in the new walkway across the pond, using 3m sleepers.

The day went smoothly and, with staff and volunteers showing their invaluable expertise, the posts went in successfully. The students from Stony Dean School worked with staff from the National Trust and Chiltern Rangers, and engaged really well with the tasks, executing the installation of the posts safely and effectively.

The rails were left for the children from The Disraeli School to install, and so the last task for the day was installing the gates. Installing the gate was not as simple as we’d hoped, but the staff and volunteers from the National Trust and Chiltern Rangers worked together to come to a solution.

The day was a true testament to what partnership working can achieve, and it was such a joy to watch the three organisations work together to achieve our goals. 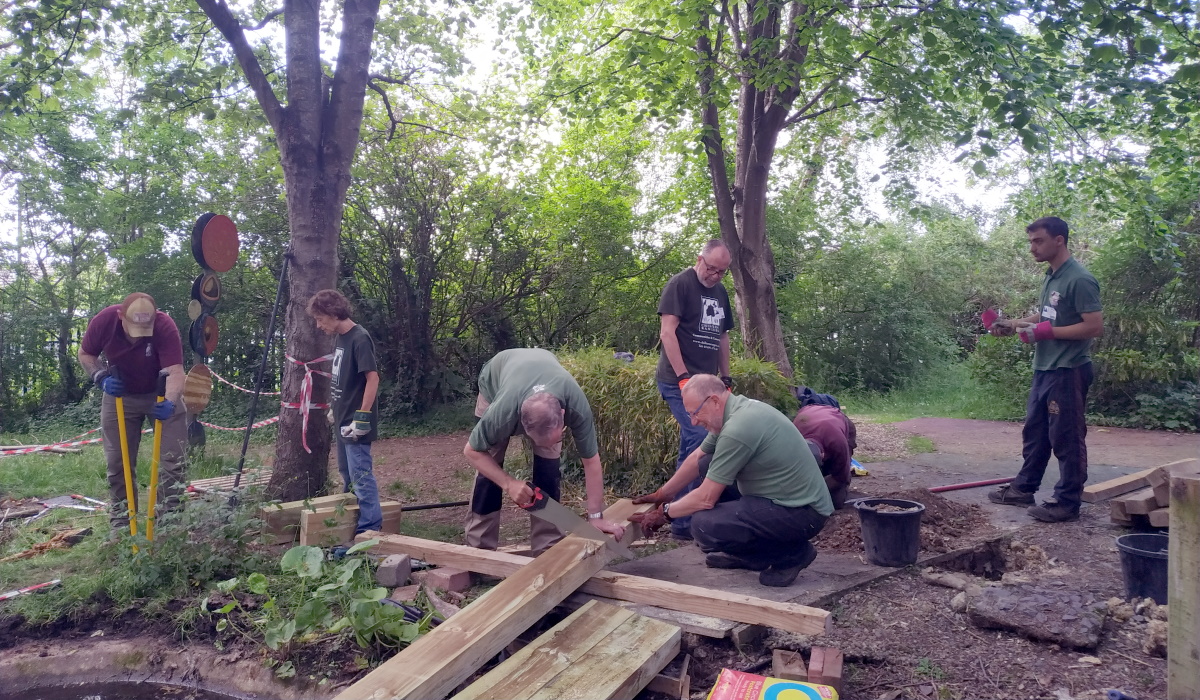 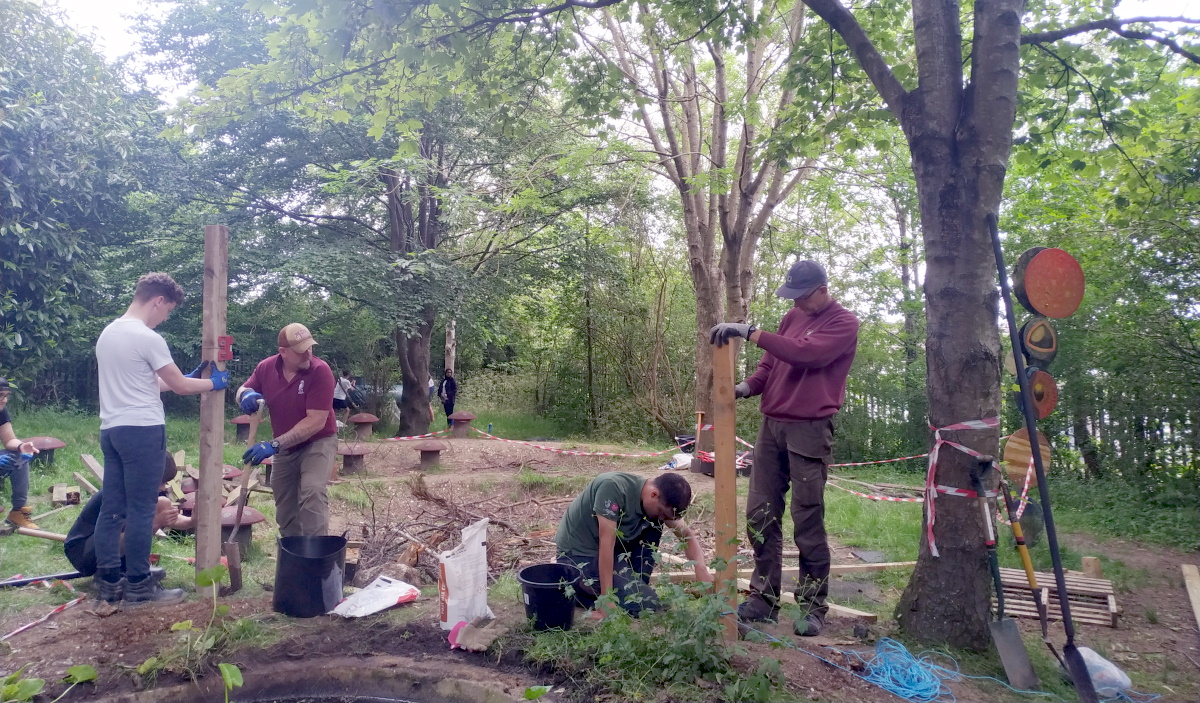 Friday 11th  June  It was now time for the children from The Disraeli School to get involved with the project. Across the day, 4 groups of 6-7 Year 6 children joined us to install the rails around the fencing and then subsequently paint the fencing. Many of the children had never used a carpentry saw or a drill before, so it was amazing to guide them through the process of installing the rails. From measuring and cutting the rails to size, to creating a pilot hole with a drill, to hammering in a nail, the children carried out the task to perfection and with such enthusiasm, that it was a true delight to work with them.

Meanwhile, a Chiltern Ranger member of staff and two of our volunteers, worked tirelessly to install the walkway! The process was a tricky one, so I’m impressed with the patience of the team to get the job done. The volunteers learnt some new skills in the process, and that is the importance of jobs such as these, sometimes even more than the completion of the task itself.

Whilst another volunteer and I put some more rails on, the last two groups of children started to paint the fencing. Similarly to the children installing the rails, many of the children had never painted anything (except in art classes). The children engaged well with the task, and most of them got the hang of the ‘no dribbly paint’ rule!! We didn’t quite have enough time to finish painting the fence, so I left the paint and brushes there with the school so they could complete the painting in another lesson. 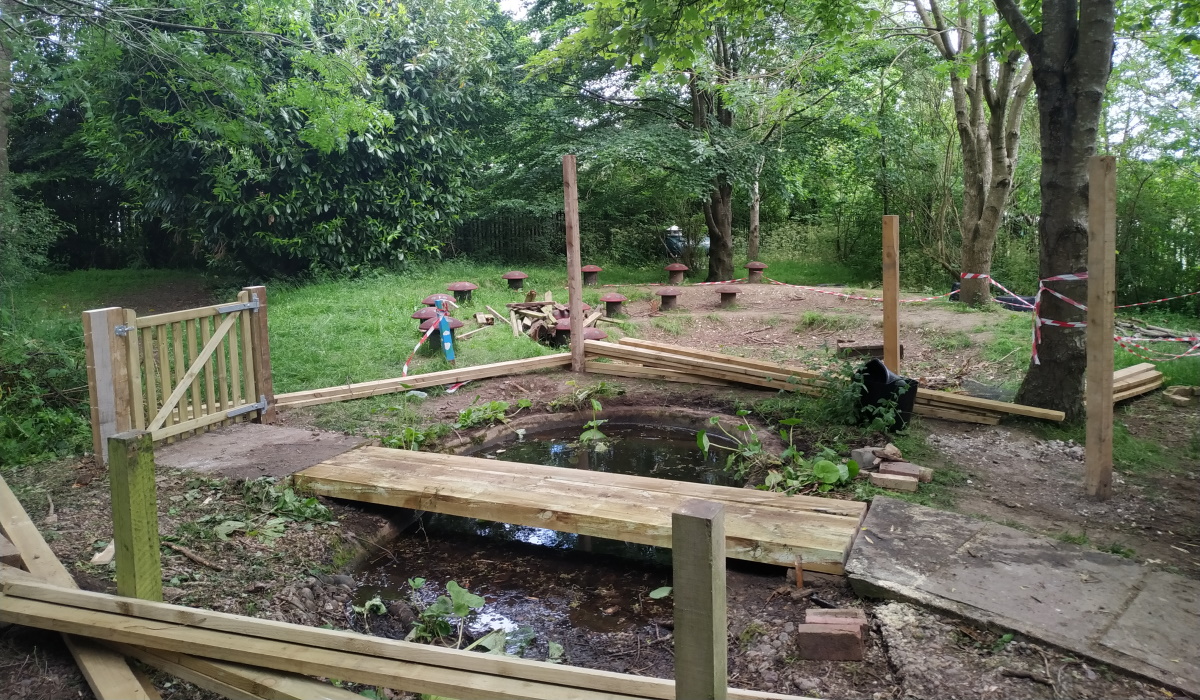 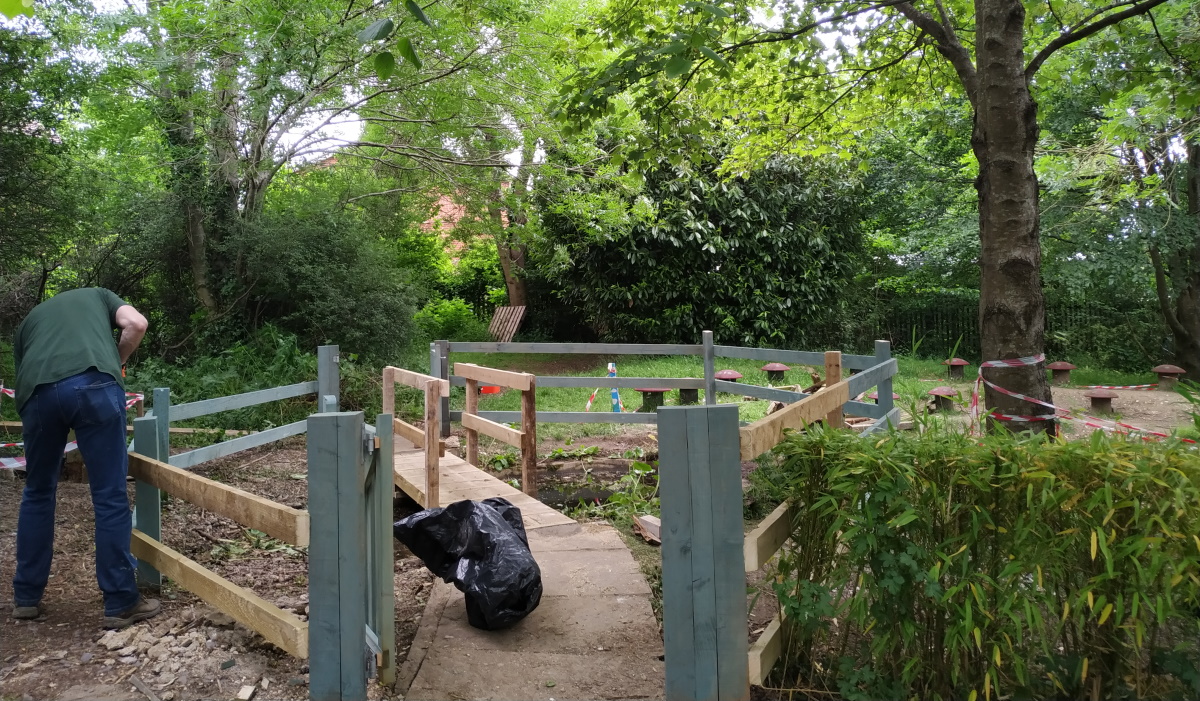 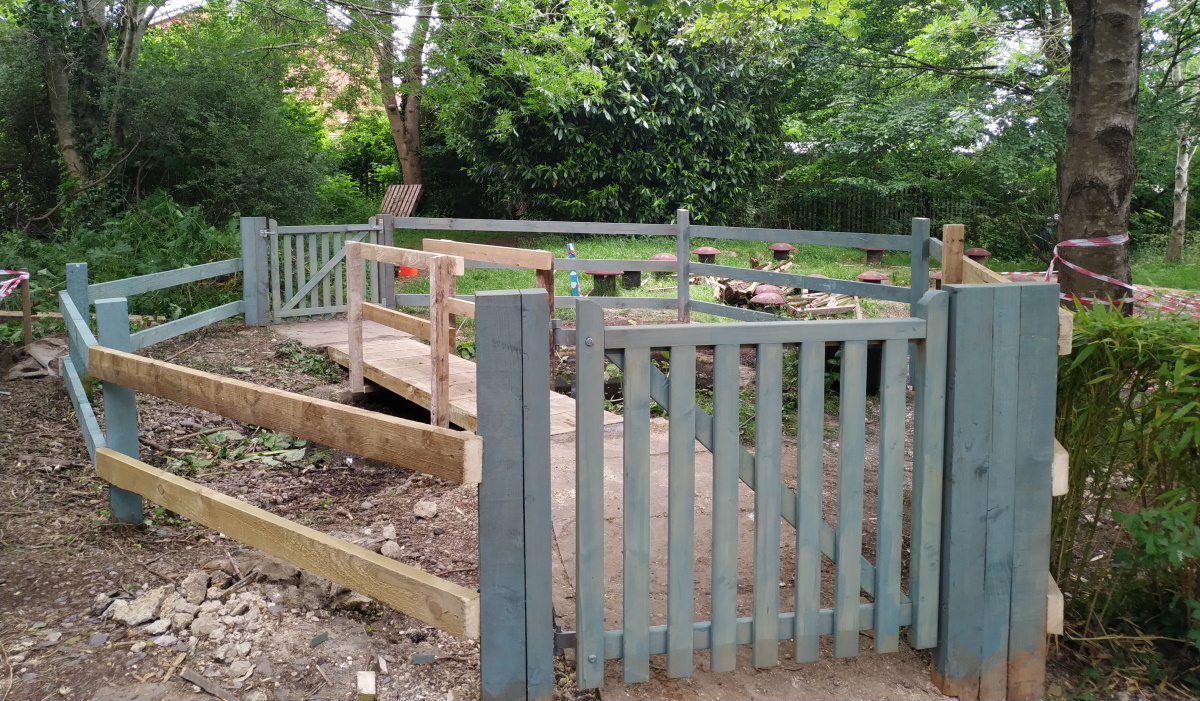 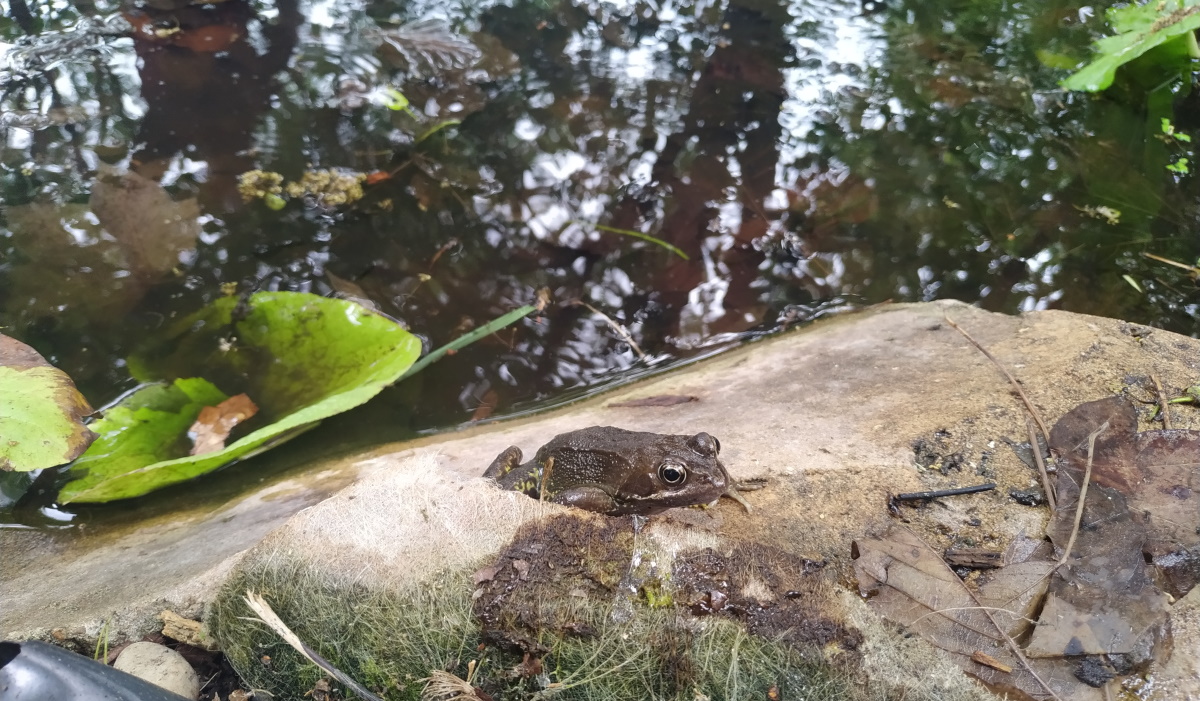 Overall, the project went really well, and both days were a delight to be part of! Thank you to the National Trust who lent us some Rangers and volunteers for the day; your expertise was truly valued and we couldn’t have done it without you. Thank you to Stony Dean School for bringing along some very enthusiastic and well behaved lads! The boys got their holes dug in record time and it was great to have them along. Thank you to our Chiltern Rangers’ volunteers, who we are so grateful to have in our volunteer base. Thank you for giving up your time so regularly to help with days like these. Again, we couldn’t have done it without you! Thank you also to The Disraeli School! The children we worked with were so well behaved and so hard working, so it was a pleasure to work with them. We hope the children enjoy their new pond area!

Lastly, thank you to the North West Chilterns Community Board and Heart of Bucks who helped fund the project together with the school’s contribution.

This website uses cookies to improve your experience while you navigate through the website. Out of these, the cookies that are categorized as necessary are stored on your browser as they are essential for the working of basic functionalities of the website. We also use third-party cookies that help us analyze and understand how you use this website. These cookies will be stored in your browser only with your consent. You also have the option to opt-out of these cookies. But opting out of some of these cookies may affect your browsing experience.
Necessary Always Enabled

Any cookies that may not be particularly necessary for the website to function and is used specifically to collect user personal data via analytics, ads, other embedded contents are termed as non-necessary cookies. It is mandatory to procure user consent prior to running these cookies on your website.