Part of the Dukes in the Chilterns project

Forming part of the West Wycombe Estate, Buttler’s Hangings is situated off Slough Lane between West Wycombe village and Saunderton.  It is a SSSI (Site of Special Scientific Interest) for its spiders, chalk grassland flowers and of course, it’s rare butterflies such as the Chalkhill Blue, Dark Green Fritillary and Silver Spotted Skipper.  It is a bank of south-west facing chalk grassland where the scrub is starting to take over, so we need to do something about it before it’s too late.  This project is being run together with our friends at Butterfly Conservation Upper Thames Branch. 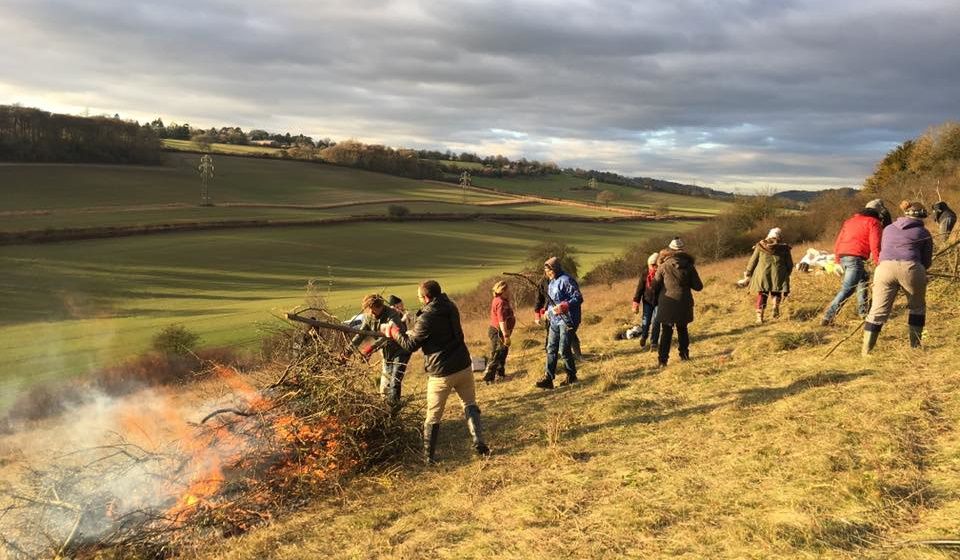 We carried out our scrub clearance during (mainly) bright and cold winter days and spotted Red Kite, Buzzard, Kestrel, Green Woodpecker, Yellowhammer, Raven, and Roe deer.  If you visit in the spring and summer, you may be lucky enough to spot an abundance of wildflowers and invertebrates which have previously been recorded on the site: 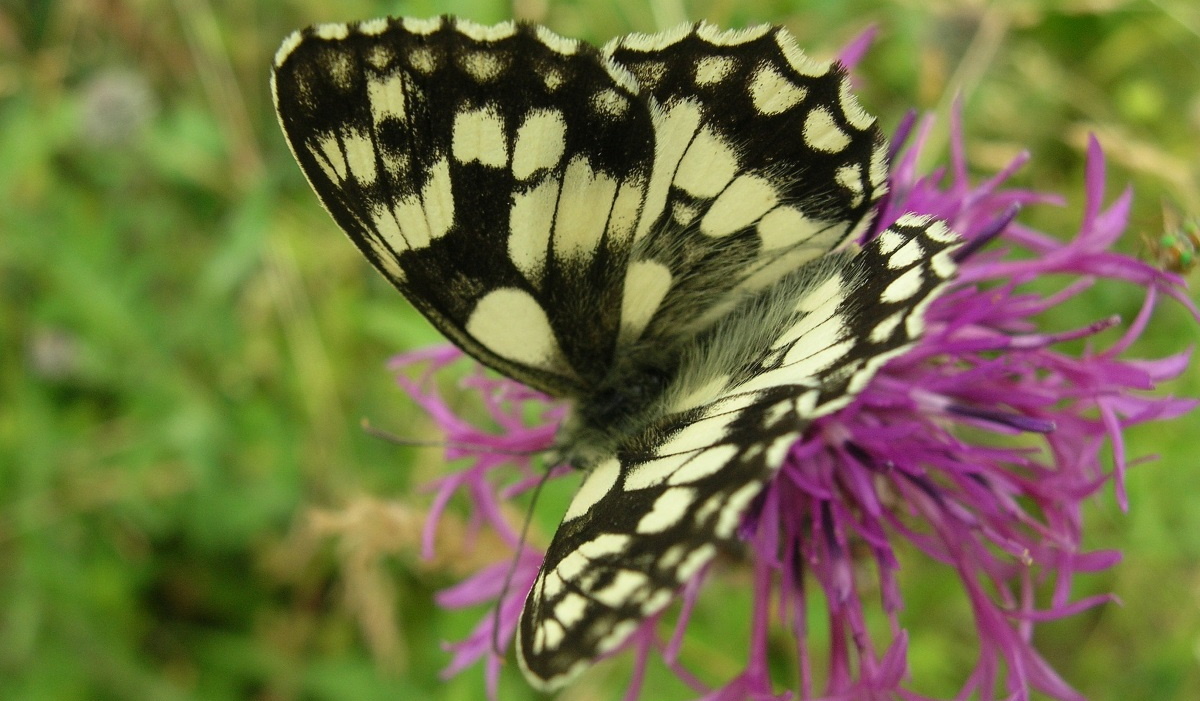 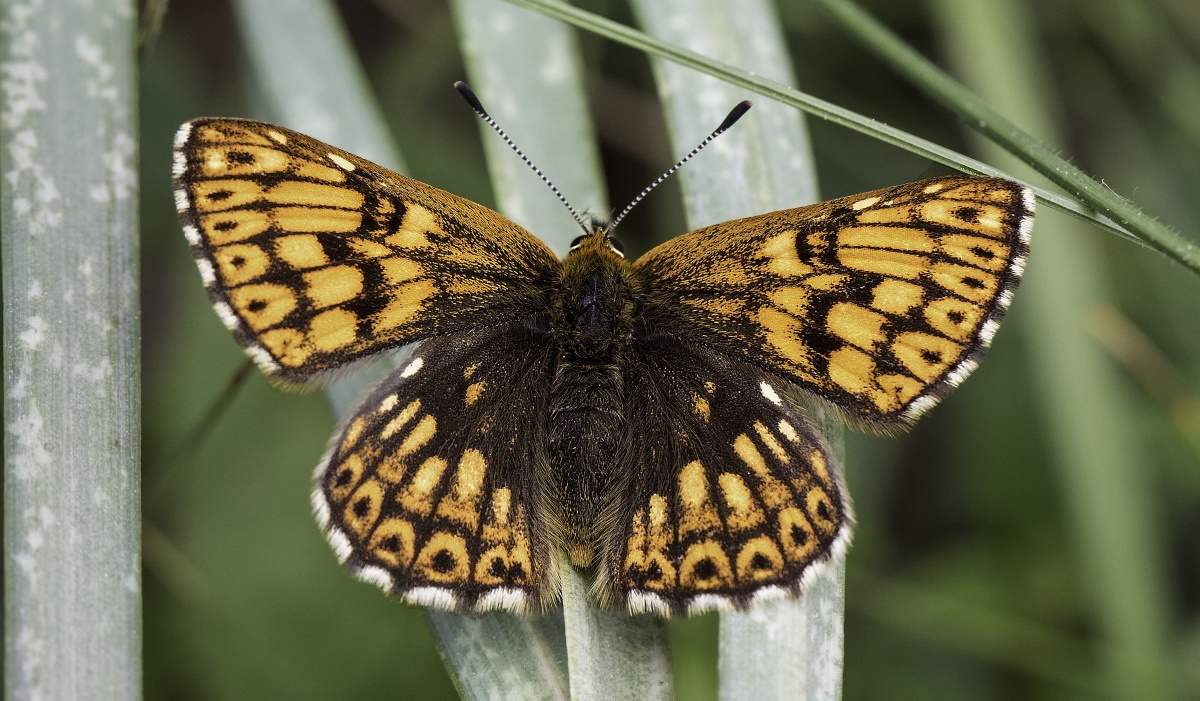 Our work at Buttler’s Hangings was part of a wider local project funded by Butterfly Conservation called Dukes in the Chilterns.  The Duke of Burgundy has been lost from 84% of known sites since 1976, making the species Britain’s fourth most threatened butterfly (Butterfly Conservation, 2018).  The Chilterns has seen small colonies of this rare butterfly persist nearby in Saunderton & Bradenham and so this project focused on improving existing habitats, identifying and improving suitable receptor sites for new colonies, and improving the connectivity between sites to facilitate movement between populations.

You may have seen previous photographs of our work this autumn/winter at Prestwood LNR and at a private site in Deanfield: both sites that are linked to this project incorporating local landscapes.

The Duke is a fairly fussy species and likes things to be ‘just right’ – a Goldilocks of the butterfly world.  On chalk grassland habitats such as Buttler’s Hangings, Prestwood and Deanfield; the Duke demands sheltered scrubby patches close to its main foodplant – Cowslips.  It also likes the foodplant to be served ‘medium rare’… if the Cowslips are in direct sunlight for too long they will become desiccated and overdone!  No, no…. the Duke likes a succulent and juicy Cowslip that’s growing in just the right conditions.

The one thing that all three sites had in common was the need for some serious scrub management.  Scrub is a term heard a lot in the world of ecology and conservation – it is a crucial component of grassland and woodlands and is often the interface between these two habitat types.

It consists of shrubs, on chalk grassland these typically include: hawthorn, dogwood, blackthorn, buckthorn, way-faring tree, spindle & guelder rose and small trees like field maple & hazel. It is part of the principle of succession where, if left unmanaged, the habitat would revert to woodland and specialist chalk species would be lost if management wasn’t carried out.  By removing the scrub, you ensure that chalk grassland remains viable to support the specialist species with which it is associated.

And so, our programme of management across the 3 sites saw 12 days of ‘scrub bashing’ where we were joined by hardy volunteers to help carry out the mammoth task of removing and burning the scrub. 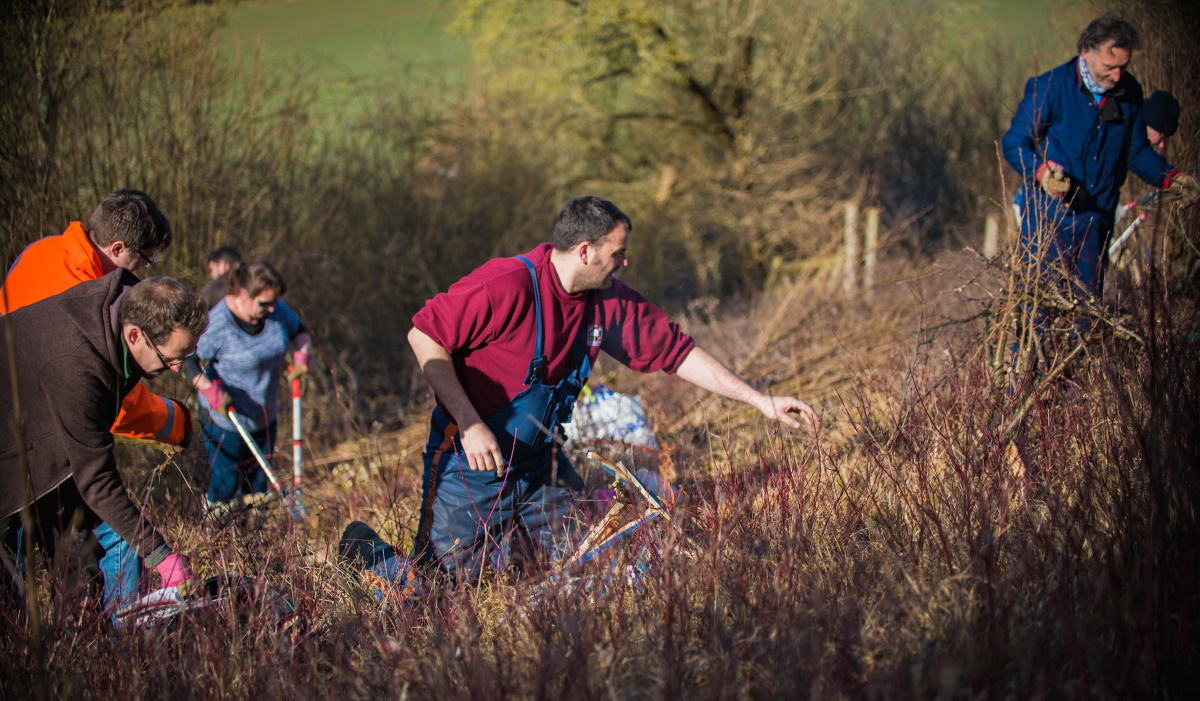 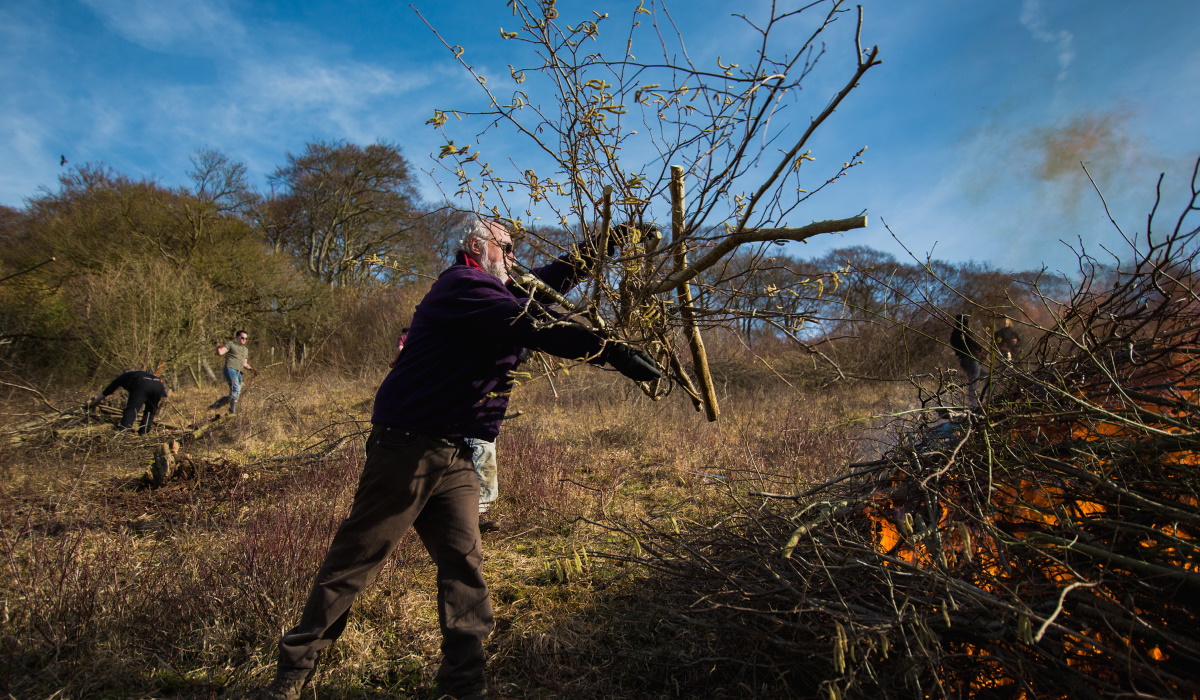 On various sessions we were joined by teams from Thames Water, students from Bucks UTC, our Green Thursday volunteers, our Big Lottery funded Mega Monday and Fab Friday voluntary Rangers, the Chiltern Society, and Prestwood Nature.

The 23rd February saw Buttler’s Hangings as the venue for this year’s Annual Chilterns Scrub Bash, jointly hosted by Chilterns Conservation Board and Chiltern Rangers.  Conservation organisations from across the region joined forces to push back the onward marching scrub, create scallops, remove taller scrub, create corridors and pockets of cleared scrub; all in the name of improving the chalk grassland SSSI to a more favourable condition.

We were joined by teams from the National Trust, BBOWT, the Conservation Board, the Chiltern Society, South Oxford District Council, and others.  The hard work was rewarded with a lunchtime barbecue cooked up (in a field in February –thank you!) by Jean and Dave Peasley.  It was delicious – especially the pheasant kindly donated by Sir Edward Dashwood.

You may or may not have noticed that I am yet to mention one particular organisation… and this is simply because I feel they need a specific and special mention.  The project was funded by Butterfly Conservation and across all twelve sessions, we were supported and helped by volunteers from Butterfly Conservation Upper Thames Branch – at every single session.  So a great big thank you to Nick Bowles and his team whose help was magnificent, but also whose expertise and knowledge of species and habitat was fascinating to learn.

As we said goodbye to beautiful Buttler’s Hangings for the last time this winter, we remember the hard work but equally, the fun and laughter we had with all of the volunteers who helped in the success of this project.  We urge you to visit this special place in the spring and summer and let us know what you see….post your views and findings on social and tag us in! 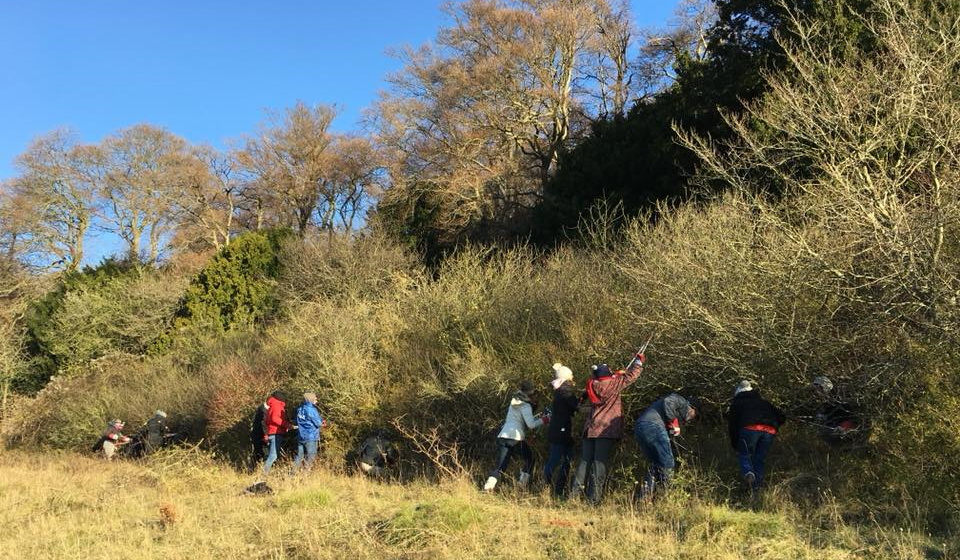